My ancestors were French and German colonists from the Lorraine and the Schwarzwald region that came to the Banat in 1770. My mother remembers that when she was a child, in Tomnatic the prayer Our Father was still recited in French. After the Yalta Treat in February 1945 when Romania (one of the countries former allied with Germany) was placed under Soviet influence, things changed dramatically. At 35, my maternal grandfather, his sister and his brother were deported along with 68.000 other persons to a labor camp in Russia. At 43, my paternal grandfather committed suicide in labor camp no.1651 in Ufalo/ Russia. In 1951, my great-grandfather was 68 years old and my great-grandmother 66 when they were deported, along with 40.320 other persons, to the Baragan steppes and had to live in a hole dug in the ground. At 18, my father was sentenced to 4 years hard labor on the Danube-Black Sea Canal, along with almost 100.000 other people. My mother was 19 years old she was expelled from University, like many students in those days.

This project talks about loosing your roots but never abandoning your faith, about stories never told but finally revealed, many years later. But most of all about the survival of the spirit, when someone is forced to live by the rules of History. 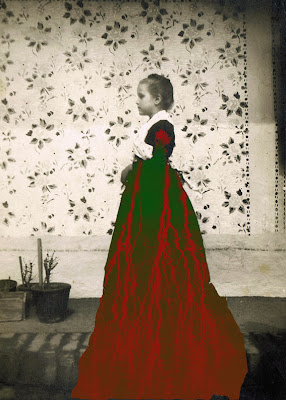