Klaipėda has been named for a long time the Lithuanian calligraphy capital.

The concept of the project relevant to the contemporary world of new media is “calligraphy within the context of new media: relation and discourse”. Rapid evolution of technologies and development of virtual world, globalization and attempt to co-exist in the united cultural space creates circumstances that allow losing fundamental skills of language usage (authentic dictionaries) and traditional handwriting. In other words, we start to converge. Thus, this project seeks to discuss, can calligraphy art and penmanship tradition that existed for ages preserve uniqueness of its expression in environment of virtual space and how the representatives of different countries can remain understandable to each other at the same time?  (source: project call) 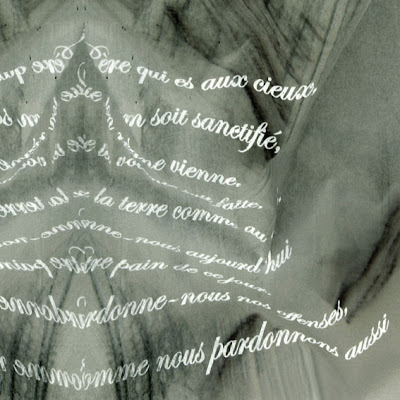 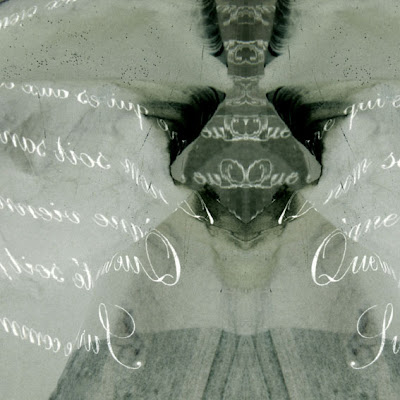 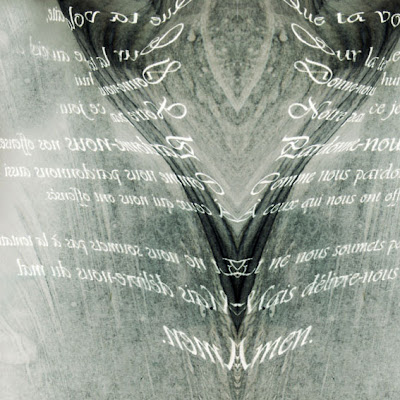 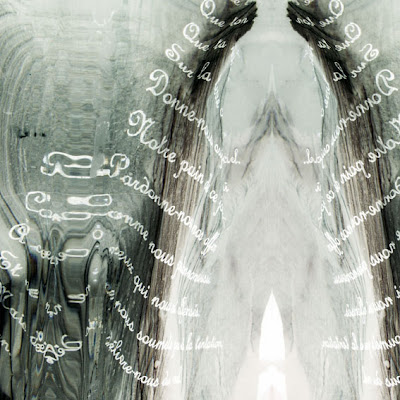 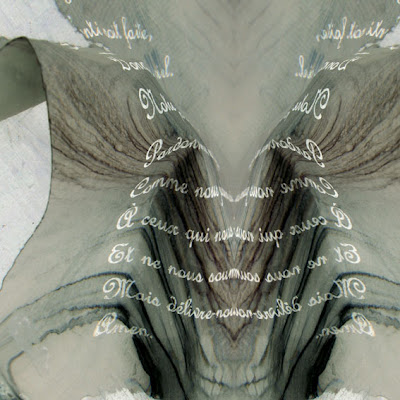 In my family the prayer Notre Père was always recited in French. And it always accompanied each member of my family in the hard years of the communist regime in Romania, when they were separated, deported, condemned to forced labor, dispossessed of all their goods. Praying remained their only refuge and anchor to normality.
The works for Notre Père have been photographed underwater and then digitally processed. My intention was to create a moving image of the prayer when someone prays with all his heart, the energy flow that comes to life and recreates itself again and again, like in a kaleidoscope.

These works are part of a larger project about the tragic destiny of my family. It is a re-writing of their life to which I have now the freedom and the choice, with the help of my art, to add a happier ending. I send works with their story and their portraits all over the world, making it possible for them to symbolically travel freely. So far works from this project have been presented in Timisoara/ Romania, Rignac/ France, Evora and Coimbra/ Portugal, Madrid/ Spain, and will soon be sent to Umea/ Sweden, Lahti/ Finland and Tallin/ Estonia.