In March 2005, not very happy with my life, I traveled to the Canary Islands to look for peace and, eventually, an inspiration for the future. A few days later I already knew what I had to do: to continue my studies in visual arts. It was the best decision ever and it completely changed and brightened up my life!
“A One Hundred Lives Journey" (http://reneerenard-art.blogspot.ro/2013/12/a-one-hundred-lives-journey-helios.html ), the project I am currently working on, talks about the tragedies that marked my entire family during the communist regime. The only way I can repair all the injustices that have been done to them is to send works with their portraits all over the world and tell their story. In this way they will regain, so many years after their death, the right to finally travel freely. 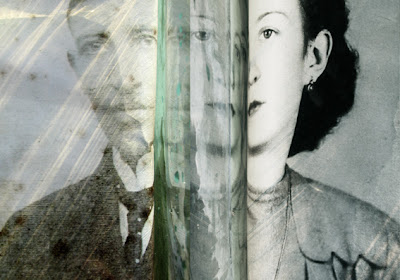 Goodbye Forever
digital print, 100 x 70 cm, 2013
The Story Behind the Picture:
March 18th, 1955. My grandmother Prinz Aurelia receives permission to say goodbye to her father, Haman Dominic. Recently released after 4 years of political deportation, with his house, factory and land confiscated, his only chance of survival was to leave communist Romania. Although he lived for another 8 years, my grand-grandfather and my grandmother were never allowed to see each other again.

I was very happy when "Goodbye Forever" was one of the 30 works (out of 354 works and as many artists) selected for the 41st International Print Award Carmen Arozena organized by Brita Prinz Arte (what an amazing name coincidence…). So how could I not be present at the opening in Madrid, to symbolically be close to my grand-grandfather and my grandmother?! And how could I not be overwhelmed with joy to know that after Madrid the exhibition will be presented in La Palma in the Canary Islands, the place where I started my journey into the world of arts?! Life sometimes closes its circles after many-many years… And the sad story of my grandmother has found a happier ending far away from home, almost 60 years later. 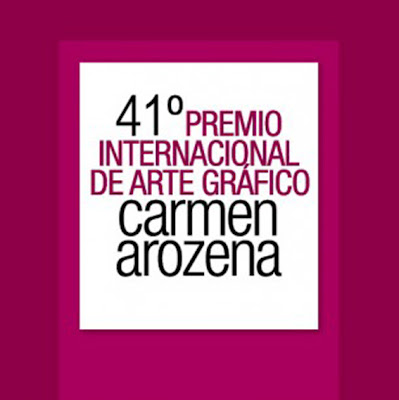 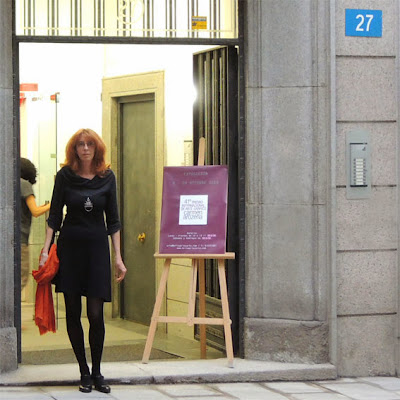 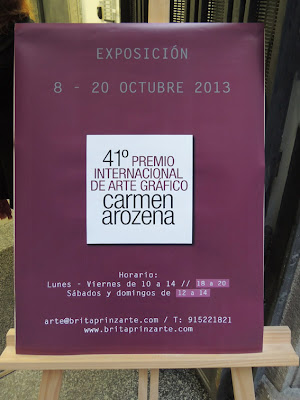 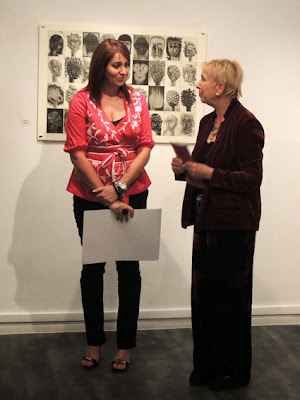 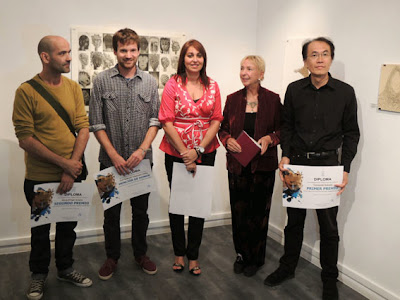 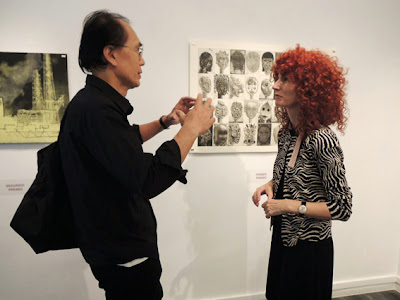 Eugènia Agustí (winner of Carmen Arozena 2012 award, member of the 2013 jury) in front of his work 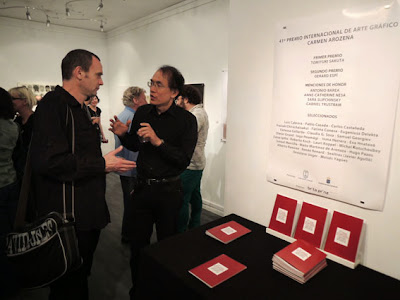 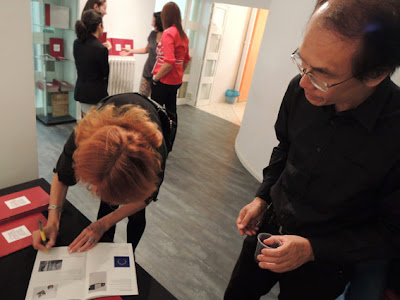 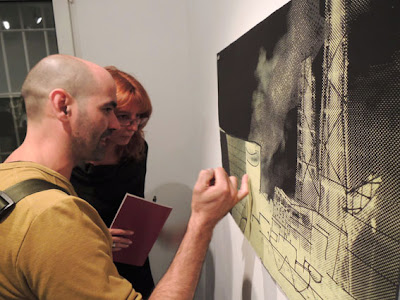 with Gérard Espí García and his work 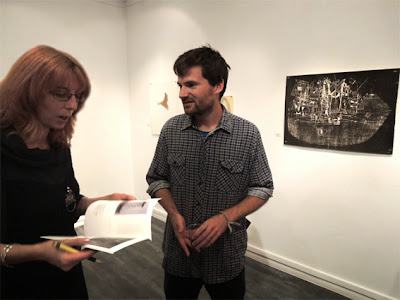 with Gabriel Trustram next to his work 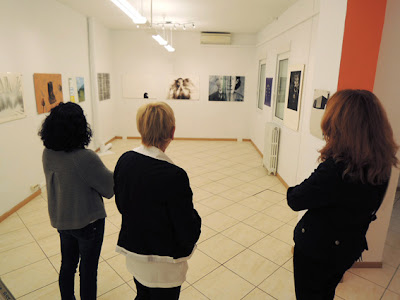 with Ana Morales and Brita Prinz 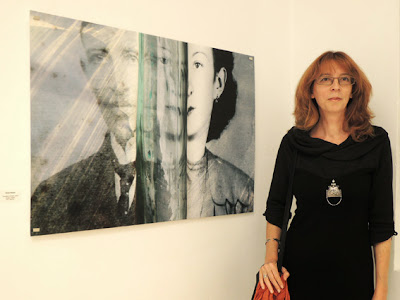 with my grand-grandfather Haman Dominic and my grandmother Prinz Aurelia,
finally reunited under much happier circumstances.
(photos: Ciprian Chirileanu)

Canary Islands, March 2005
the starting point of my fascinating journey into the world of visual arts.